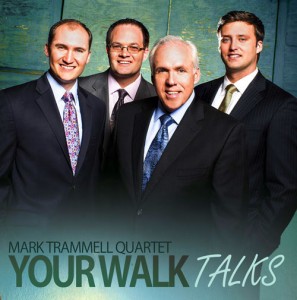 I faced a very difficult decision this year when selecting my top album of 2014.  There was absolutely no debate in my mind what the two top recordings were, but which one should be “Album of the Year”?

The Kingsmen really made a huge comeback this year with the stellar Battle Cry.  The only recording this quartet has had on my year-end list in the last three years was Grace Says, which came in at #10 in 2011.  It was a great thrill to award them a 5-star rating for their tremendous collection of quartet singing.

But after much internal debate, it had to be #2, by the smallest of hairs.  The Mark Trammell Quartet’s Your Walk Talks, released in January, is Southern Gospel Critique’s 2014 “Album of the Year”.  They followed the same formula the Kingdom Heirs used to win the award in 2013, with Redeeming the Time: record a bundle of Dianne Wilkinson quartet songs with class and top-notch vocal ability.  The great songs are highlighted by several standout performances from bass Pat Barker, the impressive debut of tenor Dustin Black, excellent signing and writing by lead Nick Trammell, and the rock-solid dependability and skill of Mark Trammell.

Keep those great quartet albums coming!  Also near the top of the list in 2014 are the third Barry Rowland & Deliverance recording in four years to make my top list, and the highest-ranked solo recording in my four years of reviewing, the triumphant Welcome Home by Joseph Habedank.

I hope all of our readers enjoy a blessed New Year in service of the Lord!  See you in 2015!