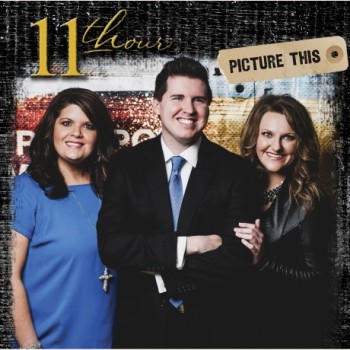 11th Hour’s sophomore release from Crossroads, Picture This, takes the next step in quality from their rookie recording on the label, Steppin’ Out, despite a change in two thirds of the trio’s vocal lineup.  Amber Eppinette is the group’s mainstay, and is once again featured with her pen as well as her voice.  This time she collaborates with Dianne Wilkinson on “How Will You Plead,” a strong and forthright lyric set to some bluegrass-tinged harmonies.  The title song is one a trained gospel music ear could easily identify as another Wilkinson composition, an energetic tune that links the past of Jesus’ life on earth to the future of His coming.  That is one of my favorites from this recording, as is “Waving on the Other Side,” an outstanding (and new to me) Ricky Atkinson/Jeff Steele power ballad drawn from Hebrews 12:1.  The most outside-the-box selection is the minor key groove, “Jesus Is in the House,” and it works extremely well.  Overall, Picture This features excellent vocal performances, solid song selection, and a variety of styles that should appeal to a broad spectrum of gospel music listeners.

Best tracks: Waving on the Other Side, Picture This, Jesus Is in the House, How Will You Plead 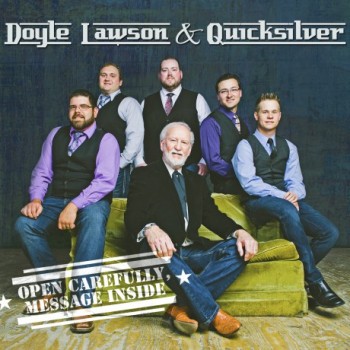 As readers of this blog have probably been able to ascertain, I have long been a fan of Doyle Lawson & Quicksilver, even pre-dating my immersion into southern gospel.  So it always piques my interest when these bluegrass stalwarts release their biennial gospel recording.  Open Carefully, Message Inside is the band’s best gospel effort since Help Is on the Way in 2008.  Guitarist Dustin Pyrtle is the nephew of original Quicksilver tenor Lou Reid, and brings a powerful tenor voice reminiscent of Reid and fellow 80s Quicksilver alum Russell Moore.  He is featured heavily on this recording, with Lawson’s trademark tight harmonies filling in as beautifully as always.  My favorite cut is “O Far Country” a pretty, dobro-laced ballad on heaven.  “Climbing Upward” is the only real hard-driving barnburner.  With some weaving counterpoint in the chorus, it is another highlight.  A DL&Q recording wouldn’t seem right without some a cappella singing, and there are three such songs on Open Carefully, the best of which is “He’s in Control”.  If you like bluegrass and the gospel, it’s hard to top the Doyle Lawson & Quicksilver catalog, and this latest release is a worthy addition.