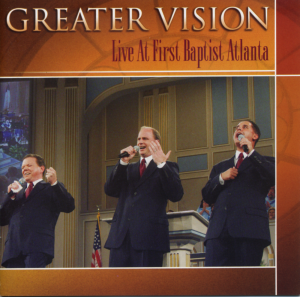 My all-time favorite Greater Vision recording, so far, is Live at First Baptist Atlanta, which contains several of my favorite Rodney Griffin-penned songs.  It’s hard to pick a favorite among them, but if pressed, I’d probably have to choose “With All the Many Miracles”.  It’s not a big power ballad, and it’s not a blazing toe-tapper, but it contains one of the most effective Biblical narrative and application lyrics I’ve ever heard.  So I can’t think of a better candidate for the “Songs From Scripture” series!

The text on which the lyric is based is found in Numbers 13 and 14.  At this point, Moses had led the people of Israel all the way from Egypt, to the very doorstep of the promised land of Canaan.  God instructed Moses to send twelve spies, one from every tribe, to “search the land of Canaan, which I give unto the children of Israel” (13:2).  It’s important that God never wanted the spies to judge how easy or difficult the entry into Canaan would be; the land was already theirs!  But Moses, when relaying the instructions, told the spies to do just that: “see the land…the people that dwelleth therein, whether they be strong or weak, few or many…what the land is…whether it be good or bad…” (13:18-19).  Predictably, ten of the spies brought back an “evil report,” warning of a land that “eateth up the inhabitants thereof” and “men of great stature” (13:32-33).  They summarized their findings: “We be not able to go up against the people; for they are stronger than we.” (13:31)

Griffin, in the first verse of “With All the Many Miracles,” introduces the story of the spies and their pessimistic and faithless report: “But when the spies returned to tell the others what they had learned / They said ‘For us to win, there’s just no way.'”  From there, he goes right into the second verse and the good news: “Still, two of them trusted God: Caleb and Joshua.”

Of the twelve spies, Caleb and Joshua were the only ones to bring back the report that God really wanted, in Numbers 14:7-9.

7 And they spake unto all the company of the children of Israel, saying, The land, which we passed through to search it, is an exceeding good land.

8 If the Lord delight in us, then he will bring us into this land, and give it us; a land which floweth with milk and honey.

9 Only rebel not ye against the Lord, neither fear ye the people of the land; for they are bread for us: their defence is departed from them, and the Lord is with us: fear them not.

The people of Israel seemed to have a serious short-term memory issue.  In the weeks and months prior to this bit of espionage, God had miraculously delivered the people from bondage in Egypt, parted an entire sea to provide safe passage, destroyed their enemies behind them, provided pillars of cloud and fire as guidance, brought water from a rock when they were thirsty, and rained manna from heaven when they were hungry.  So how could they not believe God now?  The chorus of the song asks the question in outstanding fashion; the third line is one of my all-time Rodney Griffin favorites.

With all the many miracles, why don’t you think it’s possible?

With all the many things we’ve seen, why do you think it’s just a dream?

With all the things He’s done for us, don’t you think it’s time we trust?

Remember what is possible, with all the many miracles.

The third verse of the song lists off the miracles Israel experienced, that you would think would prove once and for all that they could put their faith in God.  It’s easy to criticize the people of Israel for their lack of faith, but here is the truth.  All of us Christians have already experienced the greatest miracle God could ever do for us when he gloriously saved us from our sin and an eternity in hell.  Yet we, too, fail to trust in God for even the smallest things!  It turns out we have the same memory problem that Israel had.  Griffin’s fourth verse is the application to where we are, and the encouragement we need: “So here you are my friend, you face a battle you cannot win…Consider how good God’s been, He’s been faithful time and again!”

There is no problem we can face that is even remotely as big as our God!  Putting our trust in Him is a guarantee of a victorious Christian life.  Unfortunately, in Numbers, the children of Israel had to learn the lesson the hard way.  They believed the faithless report instead of the faithful report, and God’s judgement was severe.  Caleb and Joshua were the only adults over 20 years of age at the time who would enter into Canaan. The rest would die in the wilderness over the next forty years, and the next generation would finally conquer the Promised Land.  And to think that they had “seen [God’s] glory, and [God’s] miracles” (14:22), but would never see God’s promise of victory fulfilled!  Let’s not be guilty of the same!