Songs From Scripture #5: “We Still Have to Pray” (Greater Vision) 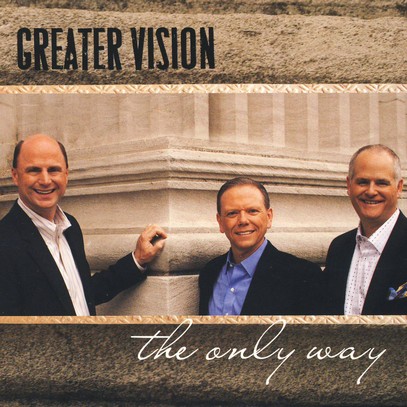 After being consumed by my Top 100 countdown for quite a while, it’s time we got back to some other series on the ol’ blog.  Let’s look at scriptural basis for another song written by Rodney Griffin.

When listening  to Greater Vision’s latest major recording last year, the ballad “We Still Have to Pray” jumped out at me.  I’m not sure this is a song that will ever make it to radio, and I’m not even sure Greater Vision will hardly ever sing it in concert, but it really struck a chord with me.

And Isaac intreated the LORD for his wife, because she was barren: and the LORD was intreated of him, and Rebekah his wife conceived.

And that’s it.  One verse in the entire Bible tells the story of Isaac’s burden for his barren wife, and God’s answering of his prayer.  Most of us Christians are probably more familiar with the story of Abraham and Sarah, barren into her old age, the fruit of which was Isaac himself, the son of promise.  But perhaps not as many know that Isaac went through a similar ordeal, albeit for a much shorter time period.  Griffin takes this one verse and builds a thought-provoking and moving lyric, successfully getting inside the heart and mind of Isaac.

Griffin makes it a point in the first verse to tell us just who Isaac was: “the son of promise had a heavy heart.”  Sometimes we as Christians assume that a great Bible character like Isaac, who more than anyone must have known the miracle-working power of God, would never have any moments of doubt or lapsing faith.  But in the end, he was human and flesh just like we are.  If Isaac, the son of promise, struggled with his faith, then surely we are at times going to do the same.

The chorus gives us our primary message of encouragement: “Even when we’re in God’s will we still must pray/Even while we hold His hand we have to wait/In time He will show the perfect way.”  There is absolutely nothing in the verses surrounding Genesis 25:21 to indicate that Isaac was in sin.  This problem was not a punishment for him.  We obviously all should have a goal of living a life free from sin, but we can never get close to that unless we realize that we can only do it through the power of God.  Isaac, though in the center of God’s will, still had to remember to depend wholly on the Lord.  Even if we feel on top of the world, and things are going fine, we’ve still got to lean on Him.

One of the great questions of all time, that people have been trying to answer since the beginning, is “why do bad things happen to good people?”  Why is it that, for His children, God doesn’t immediately show us where we’re going, and why, the moment we first ask Him?  Wouldn’t we be much better Christians if we could live our lives free from this sort of doubt?  We will never fully know the answer until we “know as we are known” in heaven, but this story, and this song, help us until that day.

The bridge Griffin writes into “We Still Have to Pray” is for me the song’s crowning moment: “You’re wishing that the Lord would show you what’s in store/But He loves you way too much to let you lose your faith’s rewards.”  That lyric hit me like a ton of bricks the first time I listened to it.  Our faith is a lot like a muscle.  If you don’t work out a muscle (I know this all too well) it won’t be as strong as it could be.  Our faith needs exercising to be strong.  God can’t just let us coast by in our lives with no problems and no moments of doubt.  Then how would we ever grow in faith?  On the contrary, what a blessing these burdens can be in our lives, if we allow God to use them to build us up as Christians.  And then one day in heaven, we will see the final reward for our faith.  Paul, in his touching last words to Timothy, says it all (2 Timothy 4:5-8):

5But watch thou in all things, endure afflictions, do the work of an evangelist, make full proof of thy ministry.

6For I am now ready to be offered, and the time of my departure is at hand.

7I have fought a good fight, I have finished my course, I have kept the faith:

8Henceforth there is laid up for me a crown of righteousness, which the Lord, the righteous judge, shall give me at that day: and not to me only, but unto all them also that love his appearing.

Even when we’re doing as God wants us to do, we have to seek His direction.  He wants to hear from us, for us to tell him that we trust Him and depend on Him.  Sometimes He will allow problems in our lives to get us to realize that even more.  Look at those problems as opportunities to exercise your faith, and you’ll soon gain your reward.