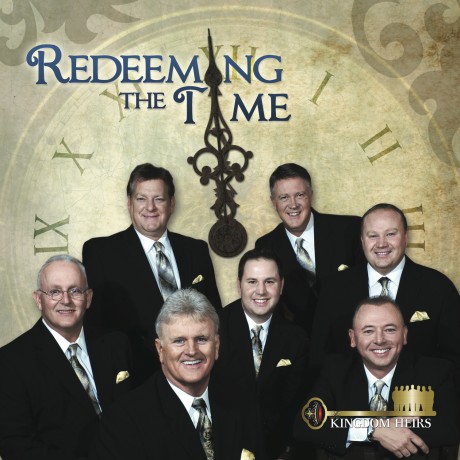 Redeeming the Time is the Kingdom Heirs’ second mainline recording of new songs with their current vocal lineup, which is one of the finest in gospel music.  Through the years, Dollywood’s resident gospel group has stayed true to their “neo-traditional” quartet style to great success, especially on radio, where they have churned out hit after hit in the last several years.  This latest album is a tremendous example of this style, and is an absolute must-have for fans of quartet singing.

On most modern quartet recordings, you may find one convention song, and it is often treated as a novelty.  On Redeeming the Time, there are four, count ‘em four, and they are among my favorite songs recorded by any group this year.  Dianne Wilkinson’s “Just Beyond the Sunset” has already gone #1 on the Singing News chart, and is quite simply one of the best convention-style songs recorded in the last decade.  Of a similar style, and perhaps just as good, is another Wilkinson burner, “The Joys of Heaven”.  Hearing the Kingdom Heirs weave through the rousing choruses of these songs is one of the highlights of my year of listening to gospel music.  The title track also has a call-and-response format, but doesn’t move as fast.  Musically, it reminds me of one of my favorite red-back songs, “Living by Faith,” and I absolutely love the Bible-based lyric.  Not to be overlooked is the album opener, “Sermon on the Mount,” which is a delightfully relaxing quartet song, perfectly suited for a concert opener.

One of my mild criticisms of the Kingdom Heirs’ last mainline recording, We Will Stand Our Ground, was that Jerry Martin didn’t get any strong features.  That is definitely remedied this time around.  “I Thank You” is a slower-paced song of thanksgiving that could be a signature song for Martin.  In contrast, he is cut loose on the rocking “Just Preach It”.  Steve French came away empty-handed in features on the previous album, but returns to the spotlight on Redeeming the Time with the classic “Wasted Years,” which is an excellent fit for his voice.

The album contains one formulaic power ballad, with a resurrection theme.  “The Borrowed Tomb” packs a lot of punch and is sure to have Dollywood audiences on their feet most of the time.  But the crown jewel of Redeeming the Time is “I’ll Know I’m Home,” penned by former Paid in Full tenor Jeff Crews and Wilkinson.  It is a majestic mid-tempo masterpiece, led by the incomparable Arthur Rice.  This heaven-themed anthem is worth the price of the entire CD.

If it seems like I’m fawning, maybe I am.  I am an unapologetic fan of great, straight-up quartet singing, and Redeeming the Time has it, in spades.  All of the new songs were written or co-written by Dianne Wilkinson and Rebecca Peck, and they deserve a lot of credit for the success of the recording.  The Kingdom Heirs are one of my all-time favorite groups, so this is saying a lot: Redeeming the Time is my favorite CD they have ever recorded. 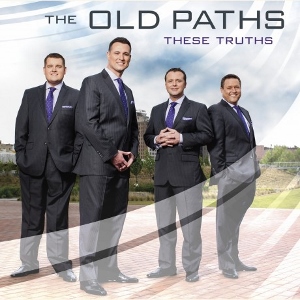 The Old Paths are one my favorite up-and-coming groups in gospel music, and they just keep getting better.  Their latest recording, These Truths, really ups the ante on their previous recordings in terms of arrangements and performance, and it is their strongest collection of songs to date.

Anyone who has read more than a couple of my blog posts knows that I tend to find favorites most often among fast-paced quartet songs.  (If you had any doubts, re-read the album review found immediately above this one!)  These Truths is a rare album for which I generally prefer the slower songs to the faster ones.  The two best are both tender songs led by tenor Jeremy Peace.  “Isn’t That Why He Came” goes different places musically than any song I can remember hearing, and it is absolutely beautiful.  The Craig Edwards-penned “God Said I Love You” is an outstanding vocal performance by Peace on a poignant lyric built around imagery of the Crucifixion.  Another one of my favorite tracks is another relatively subdued song, this time led by baritone Doug Roark.  “If It Were Not for Grace” may remind some people a little too much of Legacy Five’s “That’s What Grace Is For,” but I love that Scott Howard feature, and I mean the comparison as a great compliment to the song.

The Old Paths garnered two #1 hits from the pen of Rodney Birch on their last recording, Right Now, and they successfully return to that source with the catchy “Love Them to Jesus”.  The other four uptempo songs are in a more hard-driving quartet style.  The Old Paths are very good at this style, one of the best groups around, but these four songs tend to run together for me.  My favorite among them is the Hinsons cover, “God’s Gonna Do the Same”.

The album closes with a Dianne Wilkinson/Chris Binion power ballad, “Long Live the King”.  It is the most powerful song the quartet has recorded, and is a showcase for the outstanding lead voice of Tim Rackley.  No doubt this one will earn standing ovations across the country.

While a couple of the fast songs are “misses” for me, These Truths is another upward step for the Old Paths.  I believe this quartet is on a steady path toward the very top of southern gospel, and I eagerly await the next step in that journey.