What the Bible Says About Southern Gospel Music 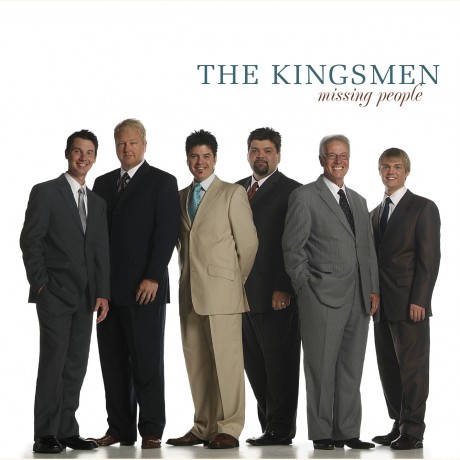 “God Saw a Cross” was a number one hit for the Kingsmen three years ago this month, off of their 2009 album Missing People.  Written by Rodney Griffin, it is in my opinion one of the most lyrically powerful songs in the catalog of this legendary quartet.  You can’t have a powerful gospel lyric without it being solidly grounded in Word of God, so let’s take a look at the Scriptural basis for this tremendous composition.

As the title indicates, the song illustrates a glorious aspect of the grace of God: His all-knowing and all-loving perspective.  That perspective is presented in three phases in “God Saw a Cross”.  In the first verse and chorus, we hear of His view of sinful man, as Creator and Judge.  The second verse and chorus puts it on a personal level, with God’s view of the lost individual.  Then in the bridge and last chorus, it is God’s view of the born-again believer that brings the song to a triumphant close.

The first verse traces a history of sinful man, using major Biblical figures Adam, Cain, Moses, and David as examples.   In each of four pairs of lines, Griffin recalls their failing (disobedience, two murders, and adultery), and then offers in contrast God’s take, which is a providential look to the cross of Calvary.  We know that God so loved the world that He gave His only begotten Son to die (John 3:16).  But the Bible makes it clear that the sacrifice of Jesus Christ was not something that just occurred to God after His prized creation, man, let him down.  Rather, the Son of God is the “Lamb slain from the foundation of the world” (Revelation 13:8).  An eternal and omniscient God knew that the redemption of man would cost Him His only Son, but He loved enough to create man anyway.  How it surely broke the heart of God every time man chose to reject His way, knowing what the price would be!  From the very beginning, when God saw sin, He saw the cross: “For then must He often have suffered since the foundation of the world: but now once in the end of the world hath He appeared to put away sin by the sacrifice of Himself.” (Hebrews 9:26)

The second verse has a similar format, only it shifts into the first person, speaking of God’s view of the individual.  Contrasts are again used: “When I was born, the world just saw a sinner, but…God saw a cross.”  So many people live their life thinking that God could not love them, or God could not save them, as sinful as they have been.  Some feel that they need to get “cleaned up” before they can become worthy of His grace.  But according to this song, and more importantly, the Word of God, the vilest of sinners is the precise object of saving grace: “But God commendeth His love toward us, in that, while we were yet sinners, Christ died for us.” (Romans 5:8)  Thank God that when He saw us in our sin, He still saw the cross!

The bridge and last chorus provide a final shift, this time in tense, from past to present.  And what a glorious shift it is!  Though short, the bridge tells of the salvation experience and its aftermath.  It has the view of the repentant sinner (“I saw a cross”) and then the eternal view of God from that moment on: “When God sees me, He only sees the cross!”  This is the doctrine of justification: the guilty being declared innocent, through the sacrificial death of Christ alone. “And you, being dead in your sins…hath he quickened together with Him, having forgiven you all trespasses; blotting out the handwriting of ordinances that was against us, which was contrary to us, and took it out of the way, nailing it to His cross.” (Colossians 2:13-14)  And when God says “out of the way,” he means way out of the way: “As far as the east is from the west, so far hath He removed our transgressions from us.” (Psalm 103:12)  It is only through the prism of the blood of Christ that God can view us as worthy of heaven, and escape the judgment of sin: “…when I see the blood, I will pass over you…” (Exodus 12:13)  Remember and rejoice that no matter what we have done, the salvation work of Jesus Christ on Calvary is the eternal act of atonement and justification!  “For every fault, God sees a cross!”