Poet Voices is back!!! 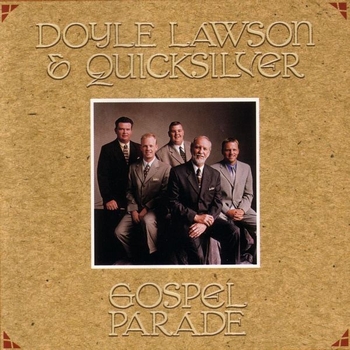 Here’s a blurb: For over thirty years now, Doyle Lawson, leader of one of the most respected bands in bluegrass, has kept a toe in the waters of southern gospel.  For one recording, Quicksilver dove right on in.  The prominent piano and convention style may have made traditional bluegrass fans squirm, but for anyone who enjoys both genres, this project is a pure delight.  Here you get a full view of Lawson’s boyhood influences from the golden era of gospel music, including black gospel.  There are songs you’ll recognize from the Statesmen (“I Have a Desire”), the Blackwood Brothers (“He Knows How Much You Can Bear”), the Swanee River Boys (“Gloryland Boogie”), the Golden Gate Quartet (“I Heard Zion Moan”) and even Gold City (“Movin’ Up”), all performed in the Quicksilver way, with textbook precision.  The group didn’t jump all the way off the bluegrass ledge, as the project opens and closes with two pure bluegrass numbers (“Be Living” and “Have You Met My Friend”).  And I have to mention that this album has, in my opinion, the best version of “The Heavenly Parade” you will ever hear.

Knock my socks off: The Heavenly Parade, Movin’ Up, Gloryland Boogie, Be Living

Don’t skip that one: I Have a Desire, Have You Met My Friend, He Is Risen, The Best Is Yet to Come

I could honestly do without: My Heavenly Home