An Old Convention Song: “Rock of Ages Keep My Soul”

Brian Free & Assurnace have had a rare (for them) personnel change since their last recording, welcoming new baritone Mike Rogers, but Unashamed is another in a line of recordings of consistent quality for the quartet, in their signature progressive style.  Brian Free and Bill Shivers make up one of the best tenor/lead combinations in gospel music history, and as usual, this album’s high points feature those two.  “Say Amen,” featuring Shivers, is one of my favorite songs Assurance has recorded in recent years.  The titular imperative in the chorus is sure to invite participation and worship from audiences across America.  Free is featured on a pair of very progressive, but lyrically strong, ballads, “Unashamed” and “He Still Saves”.  Brian Free & Assurance always manage to find and record songs of lyrical depth, and I appreciate that, even if the musical style is not always my personal preference.  The guest appearance from Lauren Talley on “When There’s a Will, He Has a Way” is a hit for me, and makes for a fun song.  If the modern, “sonic wall” kind of sound is your preference, I would recommend no group more highly than Brian Free & Assurance, and this project is typically strong work.

Best tracks: Say Amen, Unashamed, He Still Saves, Where There’s a Will He Has a Way

Might want to skip: A Little Bit of Me and You 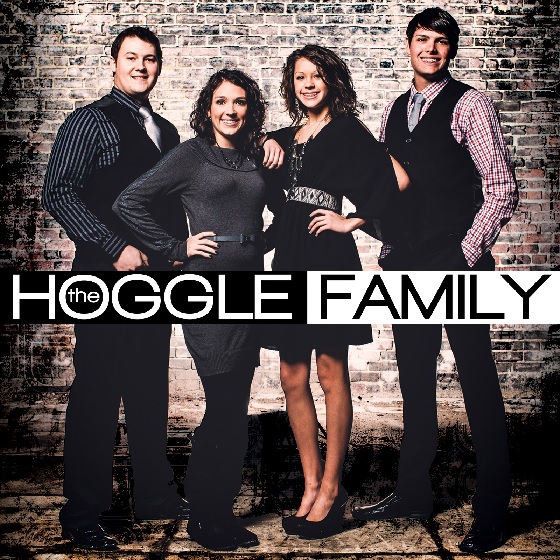 The self-titled debut of the Hoggle Family is one of my pleasant surprises among albums of 2014.  Former Dixie Melody Boys lead Donald Morris anchors the sound and wrote all ten songs on the recording.  That’s an impressive feat for anybody, much less a relative newcomer to the art.  WIthout question, the highlight of the album to me is a conventional straight-ahead barn-burner, “I’ll Keep on Running”.  It is the perfect choice for the group’s first single, and is a pure delight, with weaving step-out lines for different group members and an exciting arrangement.  Most of the rest of the album leans in a more progressive direction, with a strong modern country lean.  The second-most memorable performance is “God Always,” with a creative lyric setup and an infectious chorus about the unconditional goodness of God.  The most poignant performance is found in the acoustic-heavy ballad, “I’ll See God Smile,” which is sure to touch the hearts of those who have a loved one go to Heaven.  Morris is the strongest and most seasoned vocalist of the group, and as you would expect from such youthful singers, there is room for vocal maturation.  When that happens, and with more songs of this quality, I expect big things from the Hoggle Family after this excellent debut.