Album Review: Through the Night (Perrys)

In this Gaither-ized edition of Quick Hits, we’ll examine three albums recently released by artists who have long been a part of the Homecoming roster.  Enjoy! 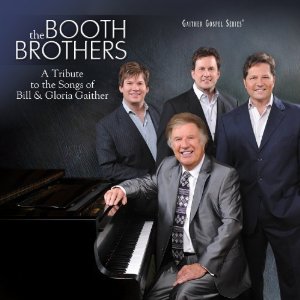 Gaither songs, with their often-intricate melodies, fit the Booth Brothers like a glove, and this release shows it.  The impressive 15-song collection is composed mostly of classics, but also a few more modern gems, and a couple of new numbers.  The new songs are some of the best on the album, including the infectious “Played in the Band” and the tender ballad “Let the Healing Begin”.  Two songs from the Gaither Vocal Band catalog, “Through” and “Tell Me” are performed flawlessly.  And the classics are treated with smooth arrangements, without a whole lot of flair.  The result is a very pleasant, easy, and balanced listening experience throughout.  Don’t get the album looking for something new and inventive.  But if you want great songs sung just the way they should be to draw attention to the message, this is a great purchase for you.

Best tracks: Through, Played in the Band, Tell Me, God Gave the Song, Because He Lives 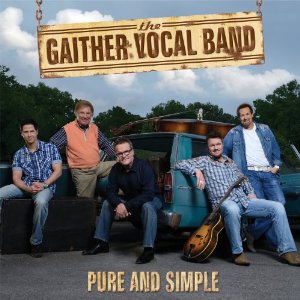 It’s hard to believe that this 5-man version of the Gaither Vocal Band has been at it for over three years now.  Their latest release is just a little different from their other recordings.  The title doesn’t refer to the arrangements, for there are still plenty of high-difficulty and impressive musical moments.  It does refer to the instrumentation, which is largely acoustic and never over-bearing.  This allows the first-class vocals to really shine through, but it saps the album of some of the electricity you would normally expect from a Vocal Band recording.  A perfect example is “Glorious Freedom,” easily the best track on the project.  It is a powerful performance, but this studio recording just lacks some of the punch it had when I heard it performed live at NQC.  The “pure and simple” approach is a noble effort, but in a 15-song collection, at least one or two power ballads in the vein of “Let Freedom Ring” or “Sinner Saved by Grace” would have been welcome.  Still, you’d be hard pressed to find another album released this year with the production quality and vocal performances found here.  I was just left wanting a little more.

Best tracks: Glorious Freedom, The Love of God, I Don’t Want to Get Adjusted

One of gospel music’s favorite duos is back with another strong collection of country-infused tracks with that seldom-rivaled family harmony blend.  This latest release is fairly typical for the Easters, containing mostly light-hearted upbeat numbers, with a few inspirational songs of perseverance mixed in.  Two of the best moments on the album feature guest vocalists: Jeff’s father, James Easter, is featured in a touching performance of “I Won’t Have to Worry,” and Madison and wife Shannon join Morgan to form a tight blend on “I Wonder If He Ever Cries”.  The best song on the project is the Joseph and Lindsay Habedank tune, “I’ll Take It,” which is sure to be a hit for the group.  As usual, I could do without the love songs and generally positive country songs that I wouldn’t count as gospel, but Jeff & Sheri Easter fans have always loved them.  If you like the group’s past efforts, or just like country-style gospel, you will enjoy this album very much.

Best tracks: I’ll Take It, I Won’t Have to Worry, I Wonder If He Ever Cries

Might Want to Skip: Sitting on Top of the World, Anything but Happy