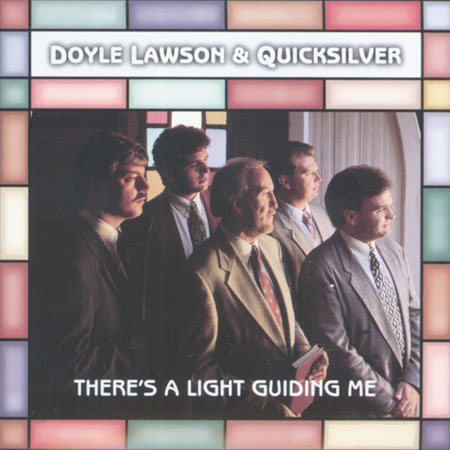 Here’s a blurb: There’s a Light Guiding Me is an outstanding collection of 14 songs, eight of which are a cappella, and all of which are flawlessly executed.  Doyle Lawson the music fan reaches back into his childhood and draws heavily from the singing convention era and from black gospel spirituals.  Doyle Lawson the band leader demands the utmost precision from Quicksilver’s performances, especially the a cappella numbers.  The result here is probably the band’s best recording from a musical standpoint.  It garnered Quicksilver its first Grammy nomination, and Lawson must have liked it so well, after previously alternating gospel and secular projects, he recorded five more gospel albums consecutively.

Knock my socks off: There Is a God, I’m Going to Heaven, The Arm of God, Calling to That Other Shore

Don’t skip that one: I Need My Savior All the Time, Earth’s Greatest Loss, Let Me Tell You About Jesus, The Beautiful Altar of Prayer

I could honestly do without: There’s Fire Down Yonder