Songs From Scripture #8: “It’s the Blood” 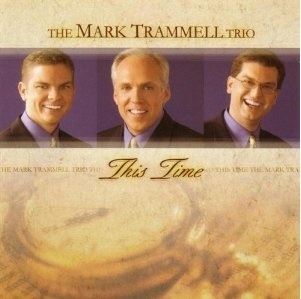 For the next entry in our Songs From Scriptures series, we return to the deep well that is the pen of Dianne Wilkinson.  And deep we must go to find “It’s the Blood,” a relatively obscure cut from the Mark Trammell Trio’s 2005 project This Time.  The song is a flawless expository message on salvation drawn from the story of Cain and Abel in Genesis 4.

Most people, Christian or not, are familiar with Cain and Abel.  Cain, quite infamously, committed the world’s first murder, of his younger brother Abel, no less.  But the fact that Cain killed Abel is not really what their story is about.  Jus tlike the rest of God’s Word, this story points to Christ and God’s plan of salvation for the human race.

Here is the passage, from Genesis 4:

1 And Adam knew Eve his wife; and she conceived, and bare Cain, and said, I have gotten a man from the Lord.

2 And she again bare his brother Abel. And Abel was a keeper of sheep, but Cain was a tiller of the ground.

3 And in process of time it came to pass, that Cain brought of the fruit of the ground an offering unto the Lord.

4 And Abel, he also brought of the firstlings of his flock and of the fat thereof. And the Lord had respect unto Abel and to his offering:

5 But unto Cain and to his offering he had not respect. And Cain was very wroth, and his countenance fell.

In “It’s the Blood,” Wilkinson uses a verse-verse-chorus structure, in which each verse tells the story of one of the principal figures.  The first verse introduces Cain as “a farmer, a tiller, and a gardener,” and is careful to point out that he valued greatly the work of his hands.  The second verse describes Abel as a shepherd, who “tended to his sheep with loving care”.

Wilkinson utilizes nearly identical pairs of lines in the middle portion of both verses, to convey what Cain and Abel had in common: “He knew about religion, and how to be forgiven/For he heard the story of the coats of skin.”  This simple line points to the oft-overlooked fact that God’s plan of redemption didn’t start on Golgotha, or with the first Passover, or with Abraham and Isaac on Moriah.  It was in place from the very beginning.

From Genesis 3, after Adam and Eve had sinned:

7 And the eyes of them both were opened, and they knew that they were naked; and they sewed fig leaves together, and made themselves aprons…

21 Unto Adam also and to his wife did the Lord God make coats of skins, and clothed them.

It took no time after the fall for man to turn to false religion.  And just like all false religions, it was based on works.  Adam and Eve made themselves clothing from fig leaves, hoping it would hide their sin from God.  But God’s plan was not for man to earn their salvation; it was the blood sacrifice.  “Without shedding of blood is no remission.” (Hebrews 9:22)  God killed an animal, and clothed sinful man with the skins that He had made.  And God hasn’t changed His mind since: it takes the blood of God’s perfect sacrifice, his only Son Jesus, to save man.

And isn’t it sad that Cain and Abel, both raised in the same home, went such different directions!  Back to the song, we learn what they selected as an offering to the Lord.  In the first verse, Cain “brought the bounty of his field,” the works of his hands, his own righteousness.  In the second verse, Abel “knew to sacrifice a lamb,” and thus “learned about God’s saving grace.”

The chorus, sung twice, serves as the application of the story introduced by the verses, built around the title phrase “It’s the blood!”  This pair of lines to end the chorus is a perfect summation of the message of Genesis 4: “It takes faith in heaven’s perfect Lamb, mercy from the Great I Am, to do what Cain’s religion never could / It’s not by works of righteousness we’ve done, it’s the blood.”

I don’t believe there is anyone greater today at putting the doctrine of salvation into song than Dianne Wilkinson.  Though lesser known than some other selections, “It’s the Blood” is one of her finest examples.

I like to include a video of the song whenever I write about one, but this number is obscure enough so that I couldn’t find one.  I so wanted you hear it, that I decided to record myself singing it.  Please bear with the not-so-professional quality, and let the message found in the words bless your heart!