Southern Gospel Critique is honored to host the second stop on the Mark Trammell Quartet’s Your Walk Talks Blog Tour!  The Mark Trammell Quartet is one of my personal favorite groups on the road today.  They consistently apply their top-notch vocal ability to great songs with a traditional quartet style, which is on display throughout their brand-new recording, Your Walk Talks.  More importantly, they are widely respected by their peers and by fans as upstanding Christian examples.  That all starts at the top, with Mark Trammell himself.  After years of working with and under giants like Eldridge Fox, Jim Hamill, Glen Payne, George Younce, Gerald Wolfe, and Tim Riley, Trammell now stands alongside those men in gospel music history as a performer and as a leader.  I recently had the opportunity for a brief conversation with Mark Trammell, where he fills us in on the latest happenings with the Mark Trammell Quartet and their new album. 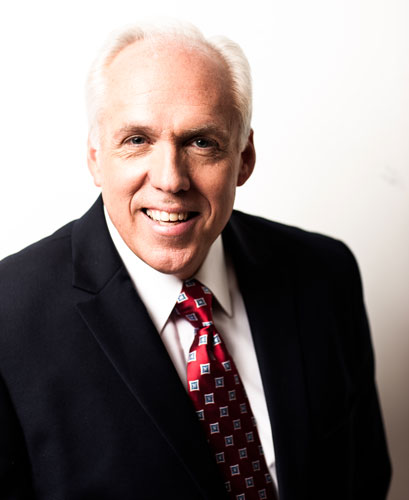 On Christmas Eve, you announced the launch of your own recording label, Crimson Road Productions.  What is your vision for the label?
There is no magic here.  The independent label move is primarily for us.  It gives us creative freedom to be part of multi-artist recordings without contract breach or a plethora of paperwork.  For the last four years MTQ has paid for its own projects from beginning to end.  We simply made the last step and developed an in-house label.
Your brand-new release, Your Walk Talks, is your first album of predominately new songs in a few years.  What were you shooting for in song selection and production?
This project is the first “new song” project in two years.  Because of that, we have had lots of time to listen to new material.  We believe that this project is mainstream traditional gospel quartet style.  My associate producers did an awesome job in helping put definition to my dreams and goals for this group of songs.  The overall project goal was to have a good variety of songs that would appeal to the gospel music fan.
You are right around the same age Glen Payne was when you joined the Cathedrals over 30 years ago.  Like he did then, you clearly have plenty left in the tank.  After all you’ve accomplished and experienced in gospel music, what keeps you going?  Would you consider yourself, like Glen Payne and George Younce, a gospel music “lifer”?
I will have to defer to the statement George Younce made the day I tried out.  He said “I don’t know how long the old man and I will be out here.  This is not only what we do but its who we are.  So as long as the Lord gives us strength and people to sing to, we will keep going.”   I couldn’t say it better.
That last statement brings to my mind the lyrics of one of my favorite songs from Your Walk Talks, “God’s Been Faithful,” especially the second verse, which is Trammell’s finest vocal moment on the album:

Through the years He’s been my unfailing Friend
Every longing satisfied
On the mountain high, through the desert dry
He’s brought me through my trials every time

I’m sure Mark would say that this song is a personal testimony of how God has remained faithful in his life, and to be sure, we can all say the same.  This song is just one example on a recording filled with encouragement for the believer.  If you like straight-ahead quartet music and would like to be so encouraged, don’t miss out on Your Walk Talks!
The Your Walk Talks Blog Tour continues with my friend over at Lynn’s Chronicles.  Click here to check it out!