Southern gospel fans generally love Christmas music, and for good reason.  The best Christmas music calls to mind the deliverance of man from sin by the Son of God coming down to earth.  At the same time, the music just makes people feel nice!  Here’s a look at two of the most notable Christmas releases in southern gospel this year. 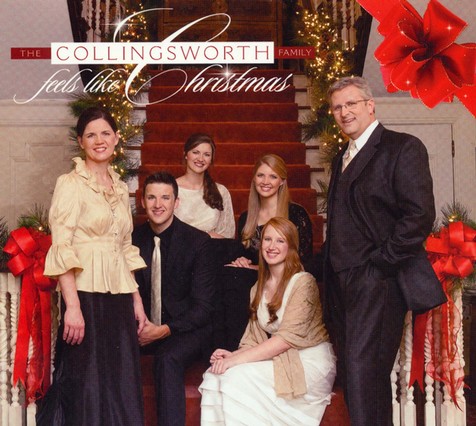 The rich family harmonies and brilliant musical minds of the Collingsworth Family make the group a prime candidate to release strong Christmas music.  With the soaring arrangements and flawless performances on Feels Like Christmas, they do not disappoint.

The first four tracks comprise the secular portion of the recording.  The opener, a melding of “Winter Wonderland” and “Sleigh Ride,” is outstanding and has that classic, big-band Christmas sound.  For me, the next three tracks were sleepy time, before being revived by the introduction of the sacred portion of the project, an exquisite medley of “Silent Night” and “What Child Is This”.  Phillip Jr. and Brooklyn deliver perhaps the best rendition of “Silent Night” I’ve heard.  It is a major highlight of the album.  Brooklyn is featured in the other of the project’s best moments, an exciting amalgamation of “Mary’s Little Boy Child” and “Jesus, What a Wonderful Child”.

All members of the family are featured at various points.  In addition to those mentioned above, Courtney sings “Christmas Can’t Be Far Away,” Olivia sings “My Gift Is Me,” Phil Sr. gets two trumpet features (“O Magnify the Lord” is stirring), and Kim brings back a beautiful Christmas/patriotic ballad from the Collingsworth archives, “Peace on Earth Tonight,” in addition to her dramatic piano rendition of “O Holy Night”.

Might want to skip: Christmas Time Is Here, Christmas Can’t Be Far Away 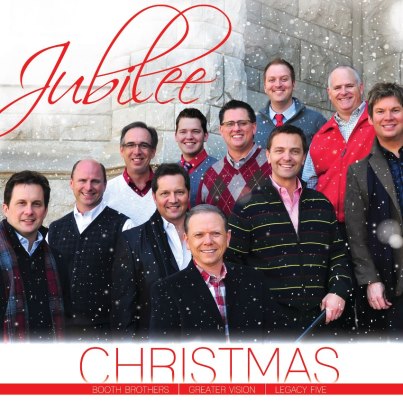 The first Christmas release for the Jubilee gang is a mostly light-hearted mixture of traditional holiday fare, with a few new songs included.

Two of the new songs are the best tracks on the recording, in my opinion.  The opener, “A Christmas Jubilee” gets it off to a perfect start, and seems like an ideal Christmas concert opener.  On a more serious note, Jim Brady is featured “It Came to Pass.” a poignant ballad he wrote, with some rare help from Gerald Wolfe himself.  The other songs which were new, at least to me, are “It Will Always Be Christmas to Me,” a nostalgic tune featuring Chris Allman, and “Celebrating Jesus,” which gives Ronnie Booth a chance to show off his “Elvis” chops.

Probably the most memorable track on the album is definitely on the light-hearted side.  “Our Twelve Days of Christmas” replaces each item in the traditional song with something humorously gospel music-related.  It’s not exactly high art, but it’s pure fun, and I’m sure a highlight of their Jubilee Christmas concerts.  The entire album sets up well for an enjoyable concert experience, which I’m sure was intentional.

There’s a little something for everyone on Jubilee Christmas, and it definitely captures well the Christmas spirit of this “group of groups”.

Best tracks: It Came to Pass, A Christmas Jubilee, Our Twelve Days of Christmas