Every single album in my Top 100 was recorded by a group of at least three vocalists.  (Greater Vision and the Mark Trammell Trio were the only ones with less than four.)  We’ve already looked at the list broken down by group, but today I wanted to share how the list broke down by the individuals in those groups.  Because I don’t know off the top of my head in a lot of cases whether a quartet’s pianist actually played on a recording, I only included vocalists here, with one exception.  Roger Bennett sang on a lot of albums for the Cathedrals and Legacy Five, so I made the executive decision (it’s my list after all) to include him on any album recorded by them when he was a member.

The dominant figure here is obviously Mark Trammell.  It is no secret that he’s my all-time favorite singer, but the truth is that I loved the Cathedrals and Gold City albums at the top of the countdown before I really knew much about him.  It seems like wherever he goes, he makes exactly the kind of music I like.  While I obviously don’t claim to be in his league or stratosphere as a musician, I do think we’re cut out of the same cloth when it comes to our taste in music. 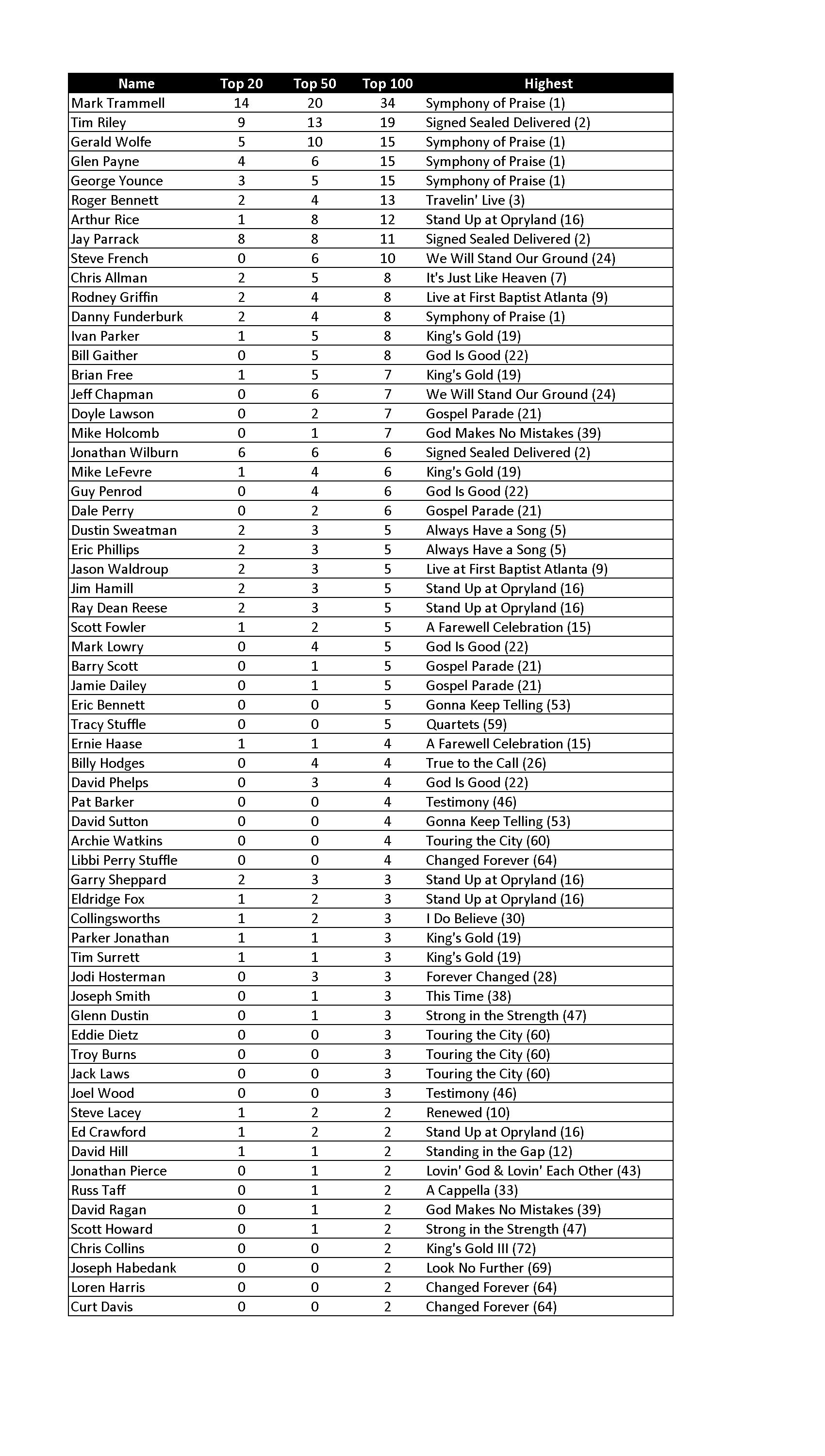