A Conversation with Chris Roberts of The Carolina Quartet

There have been ongoing discussions about Southern Gospel having a noticeably higher Country flavor as of late.? This seems to be a trend with a lot of groups.? Monument Quartet? comes to mind,? as well as Crossway, Austin’s Bridge, ? The Freemans & even Karen Peck & New River.? Some have even changed genres completely.? The Carolina Quartet is one of those groups.

Last year in? August, I had the privilege of meeting The Carolina Quartet at the Mt. Mitchell Crafts Fair in Burnsville, NC.? This was not the first time I had heard the group sing, but it was the first time that I took the time to meet the guys.? David Bruce Murray (MusicScribe Blog) was on the keyboards, so being fellow bloggers, I was excited to meet him.? He introduced me to the guys and they explained that they had changed their musical styles from Southern Gospel to Country Gospel.? Their new sound was great and I think they sounded better than I’ve ever heard them.

A bit later, I contact The Carolina Quartet’s tenor, Chris Roberts, for a brief interview.? Here’s an overview of our conversation.? I was particularly interested why the group changed genres and getting his thoughts about the change.

SGC – To get a little background info on you and the Carolina Quartet, what got you into singing Gospel music and how long have you been singing?
Chris – I began singing gospel music around age 4 with my mom and dad. We sang as a family trio until I started high school. I then joined the members of the original Kingsmen Quartet, who began doing reunion dates around 1979 (Calvin Runion, bass; Raymond McKinney, baritone; Frank Cutshall, lead; and Jack Henderson, tenor). I played piano until I started college at Gardner-Webb in the fall of 1982. I did not sing in an established group until joining the Melody Masters in the fall of 1996, and I remained with the group through its transition from a part-time regional group to full-time status, emerging on the national scene with appearances at the National Quartet Convention and Canadian Gospel Quartet Conventions in 1999-2000. I left the MMQ in August 2000 to return to full-time music ministry in the local church. I have been serving the 3,000 member MudCreekBaptistChurch inHendersonville, NC since August, 2003 and have recently began my fifth year as Associate Pastor of Music and Worship.

The Carolina Quartet is an off-shoot of the Melody Masters Quartet that traveled from 1996-2002 until Scott Whitener retired the group. We got back together for a reunion segment in 2003 and Scott and I decided to begin the CQ in July of 2006 with Lamar Levi singing bass, replacing Richard Sanders, the long-time MMQ bass singer. Roger Burnette stayed on as baritone, and David Bruce Murray joined us on piano for selected dates. Our first CQ project had a more country gospel flavor but still fit the Southern Gospel genre; our new “Faith, Family, and Freedom” project is our first in the CG genre.

SGC – Who were your musical influences?
Chris – Regarding the piano, I would have to say Ray Talley (of the original Kingsmen) and Eldridge Fox (owner and baritone of the Kingsmen). I learned much as well during the time James Rainey traveled with the Melody Masters. Regarding vocals, my key influences would have to be threefold – Danny Funderburk (as a quartet tenor), Mark Trammell (regarding style and interpretation), and Scott Whitener (regarding stage presence and communication).Regarding the Carolina Quartet, Scott is influenced in a major way by the Oak Ridge Boys, and this has served as the catalyst for our transition to the CG style.

SGC – You made the comment to me that you guys were switching (have switched) your style from Southern Gospel to a Country gospel. To be honest, I really enjoyed the change in the groups sound. If you don’t mind me asking, what prompted this change?
Chris – The southern gospel industry is so saturated with male quartets that we felt we could offer something a bit different with our change of style. We also felt that our newest additions – Lamar Levi singing bass and David Bruce Murray on piano – brought something to the table in the “country gospel” style that made the transition more obvious. You can go just about anywhere and hear “clones” of the Kingsmen,GoldCity, Inspirations, etc, but you rarely find groups that resemble the style and sound of the Oak Ridge Boys, Statler Brothers, etc. We felt this was a welcome change, and it plays well with our variety of venues (fairs, festivals, car shows, and churches).

SGC – Do you find that more fans are drawn in greater numbers to the Country flavor of gospel instead of the Southern gospel variety?
Chris – It is so early in our “transition period” that I can’t determine at this time. I can say, however, that the initial response has been quite favorable. There are a few hard-core SG supporters who have stayed away, but we have also had new folks attend our concerts. Early product sales of the newest CQ project reflect a very positive response to the sound and substance of material. Much of that credit goes to pianist David Bruce Murray, who did quite a bit of research into the music for our transition.

SGC – Is this style more enjoyable? You guys seemed to have a good time from the stage in Burnsville.
Chris – I seem to enjoy it more, but I guess in part because it is new for me. It is definitely not “four guys dressed alike in suits and ties with a piano player.” We are having a good time with this new material, and time will tell if it is a lasting venture for us.

I think the change for The Carolina Quartet was a good move on their part.? The style just seems to be a better fit for them which in turn, made the concert more enjoyable to watch.? I know there hard-core SG fans that will never think about listening to a group with a different style, but these guys are certainly worth a listen.?

The shift in styles certainly doesn’t bother or concern me.? It keeps the genre from getting stale.? I can’t imagine how boring SG would be without groups mixing their styles up a bit.? Granted, I hope that the groups stay in the SG music genre, but if they can find a better fit in the Country Gospel genre, then more power to them.? I’d much rather see a group succeed in a different genre than have to leave the road because they can’t make it in Southern Gospel.

What are your thoughts? 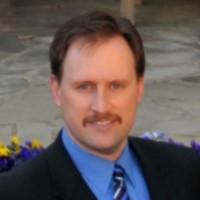